Some initial notes from the Mobile Learning workshop I am involved in this week. The organizers, Inmaculada Arnedillo-Sanchez, Mike Sharples, and Giansemi Vavoula, introduced the activities in which we will be involved during these days. They are particularly interested in using mobile technologies for shifting from being a ‘spectator’ of media to ‘creator’ of media.

One of the pedagogical value they see in these is the fact that media creation can bring a group of participant to a negotiation of perspectives.  The idea is to discuss what media creation will mean in the future.

The first activity is an hands-on media creation using a script/technique refined at Trinity College. The activity begins filling a mind-map-like template which helps building the script of the movie that we need to make. After, the group splits in three sub-groups: one of them makes the shooting, the second the sounds recordings for the effects, and the other group will edit the raw content and add the effects.

The editing is also done in group to have a sense of the whole movie and to check whether the raw material correspond to the script defined in the initial part. The shooting was fun and the editing was even better. I hope the result will be on youtube before the end of the day.

The final phase of the script involved a group discussion:

1- Maybe there is a missing phase in the script like transforming the story into dialogues;

2- Have you ever thought of dividing the team into acts-team to reduce the editing time?

3- The editing process was extremely creative as the different media needed to be smoothed or adapted in order to make sense together; What is was difficult was guessing the intentions of the different teams creating the media;

4- Different opinions points out that the whole process could stimulate creativity at a whole. Each production phase involved a discussion process where the participants had to negotiate the perspectives and the processes to reach those perspectives;

5- This activity fits extremely well in the mobile learning framework, as the external world contribute changing the story and modifying perspectives;

6- The script would need to be adjusted to support a documentary creation;

7- Doing film-making with mobiles is a rapid prototyping technique; The script that we use was adapted from a film-making class;

8- having an end-rpduct is extremely important as it supports appropriation. 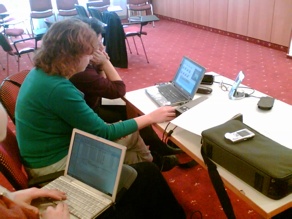 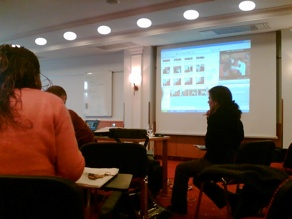