On Saturday, I participated in a public protest against the law which was voted on July this year which gives our prime minister, Silvio Berlusconi, immunity against justice prosecution (here an article on the issue, in Spanish).

Italian political situation is in immense crisis. Opposition is inexistent and Berlusconi controls the majority of journals and broadcast channels. As a citizen I feel really depressed as I am not represented by this current government. Additionally, my options to protest are minimal.

Luckily, there are still Italians like Beppe Grillo, Marco Travaglio, and Antonio DiPietro to cheer me up. DiPietro organized a referendum against this horrible law. On Saturday I signed. Actually, many people signed: 250000 signatures in one day. This gives me hope that there are many Italians like me who do not like to be manipulated and who are able to circumvent the mainstream propaganda.

This is the democracy we have left. It is real democracy because it comes directly from people. 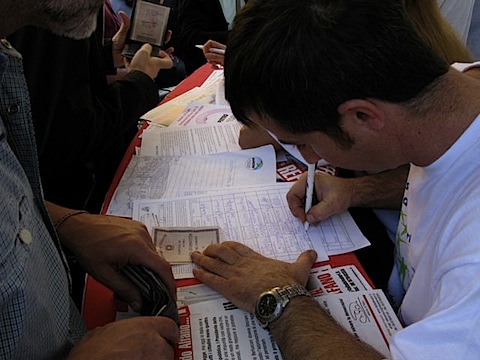 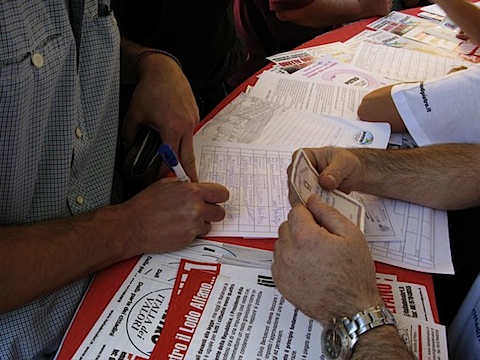 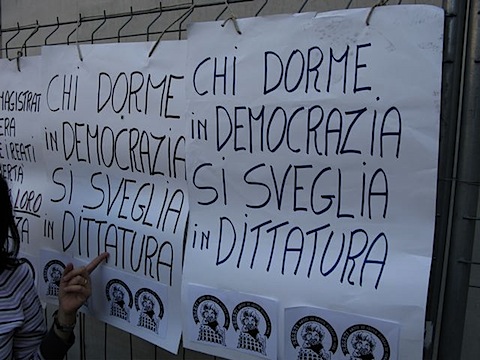 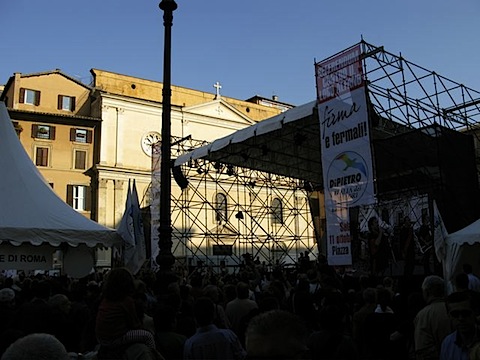