This paper describe Playful Bottle, a system to motivate user to drink the right quantities of water during the day. The author designed a very smart object by sticking an HTC device to a bottle. The camera of the device could read the level of the liquid inside the bottle, while the accelerometers of the device could detect when a person was actually drinking. Finally, the display of the device was showing the application.

They tested the system with 16 university hospital staffers. The authors developed two “hydratation games”: one called the TreeGame where the user could see a tree on the screen of the device. The health of the plant was regulated by the right amount of water intake by the user. The second game, called the ForestGame was besically showing the same TreeGame with the possibility of seeing other friends and colleagues participating in the same game, thus leveraging on the social pressure to persuade user to drink water regularly. 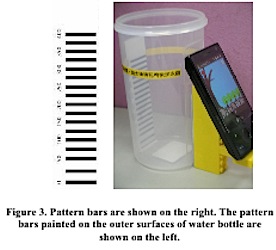