Survival analysis is a branch of statistics which deals with death in biological organisms and failure in mechanical systems. This topic is called reliability theory or reliability analysis in engineering, and duration analysis or duration modeling in economics or sociology. More generally, survival analysis involves the modelling of time to event data; in this context, death or failure is considered an “event” in the survival analysis literature. Another example of time to event modeling could be the rate or time to which former convicts commit a crime again after they’ve been released. In this case, the ‘event’ of interest would be committing a crime. Many concepts in Survival analysis have been explained by the Counting Process Theory, which has emerged more recently. The flexibility of a counting process is that it allows modeling multiple (or recurrent) events. This type of modeling fits very well in many situations (e.g. people can go to jail multiple times, alcoholics can start and stop drinking multiple times, people can get married and get a divorce many times).

Survival analysis attempts to answer questions such as: what is the fraction of a population which will survive past a certain time? Of those that survive, at what rate will they die or fail? Can multiple causes of death or failure be taken into account? How do particular circumstances or characteristics increase or decrease the odds of survival? 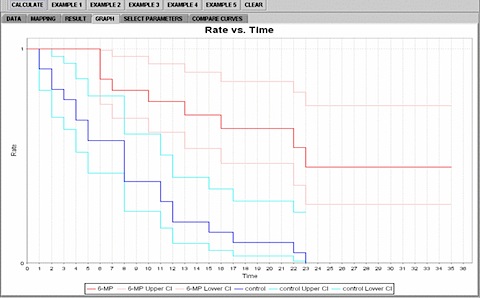